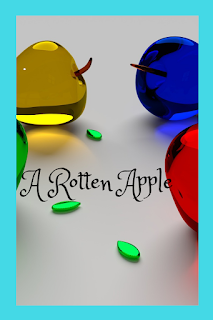 Did you ever feel that someone or something had deceived you? That you'd gone out in all sincerity to make something happen, only to find someone had misled you? Yep, that's what happened to me. It seems I'm a rare type of person. Someone who's unhappy with a certain company named after a tempting fruit. This company has a great reputation for outstanding products and world class service. A company which has left me with a very bad aftertaste.

What Happened?
I'd never bought myself an Apple product before. Those products are rather pricey and I'm watching every rupee . But I recently bought an Apple iPhone SE for my 17 year old daughter, who had done well in her Class 10 Examinations. She'd been longing for an iPhone, so when I found one within reach of my budget, I went for it. So one day last April (2018), the iPhone SE arrived. My daughter was happy, so I was too. But unfortunately, the happy ending didn't last for long. Sometime in mid-August the phone died. It refused to charge and wouldn't switch on. So, being the actual owner of the phone, I brought it into the Lucknow service outlet for Apple. I thought our troubles would soon be over. 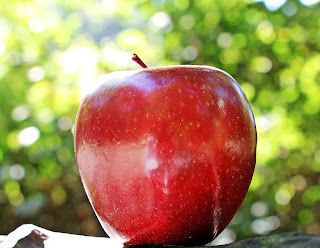 What Happened Next?
A few days after leaving the phone at the centre, I received a phone call. It was the centre, advising me to take my iPhone set away. Had they repaired it, I asked? No, came the reply. Apple experts in Bangalore had discovered a tiny scratch on the lens of the rear camera. This had rendered my iPhone warranty null. The service centre representative asked if I wished to replace the iPhone with a new model. At a cost of Rs.21,500. Which was more than the price I'd paid for the original phone. There was no other offer of help. I declined the replacement opportunity. It didn't seem fair to me. Besides, I didn't have the funds available. 'Madam, please come and take away your set,' were the curt instructions. There was nothing that the so-called service centre could do. It was a case of 'take your phone away and get lost'.

What Could I Do?
I contacted Flipkart, the online shop where I'd bought the phone. Flipkart expressed the usual regret and hoped I'd continue to use their service. Once the ten day Flipkart replacement period is over, the matter is out of this company's hands. So I had to approach Apple personally. What followed was one of the greatest time-wasting exercises I've ever experienced. 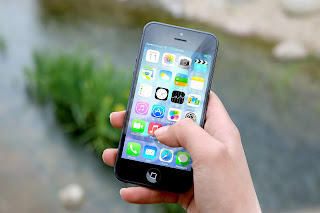 Customer Service Line
Apple customer service executives are highly-trained professionals. They speak kindly. They hear you out. They listen without interrupting. They give you their personal (office) phone number. They assure you that your case is foremost on their minds. They also assure you that they will stop at nothing to get your case solved. You hang up the phone feeling that you'll get some redressal at the earliest. When you check your phone after the chat, you may find that you spent around 40 minutes on the phone.  You feel satisfied that someone has heard you. That soon you'll be holding your iPhone in your hands again. Only it isn't true. Because Jyotika/Nafisa/Ilyas/Saurav will never call you back. Not in your wildest dreams. Try dialling the personal phone number they provide you with. You'll hear a recorded message, telling you to leave your name and number. You're assured of a call back within 24 hours. But all you'll get is an email saying they are trying to reach you and can't get through. So you again call the customer service number and the cycle begins anew. Being the trusting soul that I am, it took me four attempts understand the truth. That Jyotika/Nafisa/Illyas/Saurav were non-existent. Yes, I'd met them on the phone. But each time, the experience was like going through the same movie with the same script. Again and again and again. It reminded me of a movie I once saw about a guy who fell in love with a hooker. All was well until he attempted to relate to her outside the fantasy world they'd created. He discovered that nothing about her was genuine. Her name, her persona, her hair, her background, the things she'd said, had all been fiction. The person he'd fallen for had no substance, no reality. Well, I hadn't fallen in love with any of these people, but you get the picture. And I felt like they'd deceived me. 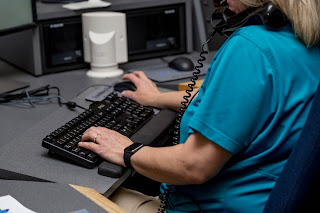 What I've Learned
Ah, life lessons. Aren't they great? Where would we be without them? Here's what I've learned from this (forgettable) experience in easy bullet points. 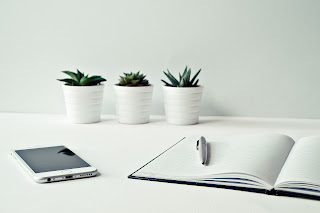 Independent Verifier
I had the phone checked by an independent engineer. The result? This phone is, if not very nearly dead, very actually dead, in the words of Blackadder (or someone else on his show). I bought this phone in April. Less than five months later, it's a gone case. It should have lasted for at least two years. It cost me a lot of time and effort to make the money to buy that phone. We took the best possible care of it and let it slip just once. I'm not an Indian 'memsahib' for whom 20 thousand rupees is 'just nothing'. I'm a hard working housewife for whom every penny counts. I take on freelance writing projects alongside household tasks. With two kids in college and two more still in full-time school, we don't throw money around. Yes, my husband has a job, thank God. We're not poor. But companies tend to make personas of their ideal customers nowadays. They seem to personify the average Indian consumer as being in a double income/two kids family. With plenty of disposable income. One which can pay 'any amount' to up their status by flaunting an iPhone. What foolishness. The iPhone SE was the first phone from Apple to come within the reach of the lower middle class. You can buy good 64GB double SIM phone for around Rs.15,000. One which will last you for several years. You won't get the iPhone SE in less than Rs.18,000.  And it's tiny. It looks like a dinky little toy. I'm sure  a lot of people who could ill afford to do so, bought one of those. I only hope too many of these phones  didn't die a few months later, wasting 18 thousand rupees as it went. 18 thousand rupees of struggling people's hard- earned money. People have a right to get value for their money. 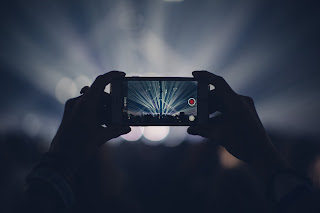 Bitter Aftertaste
If that phone was worth the money I paid for it, it would still be working well. I bought a dud product. A scratch on the lens of the rear camera has nothing to do with the state of the motherboard.  I deserve a brand new product at no extra cost to myself. But in faceless corporate fashion, Apple pretends I don't exist. Their wasteful customer service experience was a paper tissue to wipe my tears. Their website features content about the company encouraging recycling and zero wastage. Who does it think it's fooling?  I wish someone would tell it that having a good repair service for its customers is the way to go. To promote recycling, they must encourage consumers to repair and re-use their devices. 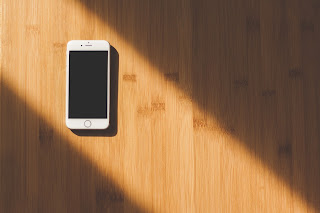 Apple's Karma
In Ireland's county Monaghan, there's a saying, 'little apples will grow again.' That means 'there will be another day'. I suffered a loss with this product, but I'm sure I'll come back stronger. But Apple, might like to watch out. Here in India where I live, there's a strong sense of karma. Whatever you do comes back on you. Think of the kind of karma Apple's collecting in India, leaving unfortunate customers in the lurch and not honoring warranties? That's not the type of karma any sensible person or business would like to earn. But I'm happy to say, that's not my problem. It's Apple's.
at September 21, 2018
Email ThisBlogThis!Share to TwitterShare to FacebookShare to Pinterest
Labels: Apple, Customer Service., iPhone, iPhone SE